Once upon a time, I never thought I’d be at the place to wonder if I had my child to raise again, how would I have done it differently?

It seemed that the clutter, the high energy, the interpersonal clashes, and the never-ending wash cycle would not decrease, let alone top altogether.

Those ponderings about how I would do things differently were for another mom, an older mom, who could have a coffee on a Sunday morning undisturbed, tapping on her keyboard in quiet. (Oh wait, that’s me.)

Now I wonder, if I had my child to raise again, what would I have done?

If I had my child to raise all over again, this is what I’d do:

First, I’d honour and acknowledge them as unique individuals, not extensions of myself.

Of course, I did think they were unique individuals when I began mothering, but if I could do it all over again, I would understand that how I teach them matters more than what I teach them.

I had no idea how unique and different they really were compared to their parents. Somehow I assumed they were a chip off the old block.

Turns out, not really.

In the beginning, I assumed that when one of our kids comfortably shone in a group, that must be my imprint. (But when a child said something awkward that must be a reflection of my husband, ha.)

Turns out, I’ve learned, they are entirely created for a different reason than just representing or reflecting their parents.

And because they’re unique, I need to mother them differently, they need different things from me, and they certainly need to be educated differently.

I would not have been afraid to allow them to just be them.

(I’m pretty sure I would have worried less, embraced their uniqueness more, prescribed a less formal curriculum, and enjoyed the ride more too).

Second, I’d not focus on these differences as character imperfections, rather I’d see that each child needs to grow and mature over time and they have unique challenges or paths to mature in.

I would be there to guide and encourage them, not focus on what they needed to do right.

My desire to right every wrong often took precedence.

A wise woman once said that it isn’t the time you yelled at them in the van outside the grocery store that they remember or the days of planning for their birthday party, it was the overarching energy you were conveying the entire time: the energy that often went unsaid.

They’ll make mistakes their entire lives, just as we do.

Third, I’d build on the memories.

And I have. I’m grateful for…

I’d recognize that though some days definitely felt incredibly long, and frustrating, they are also short in duration too.

The days can be long, but the years are short. It’s a cool saying. Also, it is TRUE!

“If I had to raise my child all over again

I would do less correcting and more connecting.

I’d take my eyes off my watch, and watch more with my eyes.

I would care to know less and know to care more.

I would run through more fields and gaze at more stars

I’d see the oak tree in the acorn more often.

I would be firm less often and affirm much more.

I’d model less about the love of power,

And more about the power of love”. 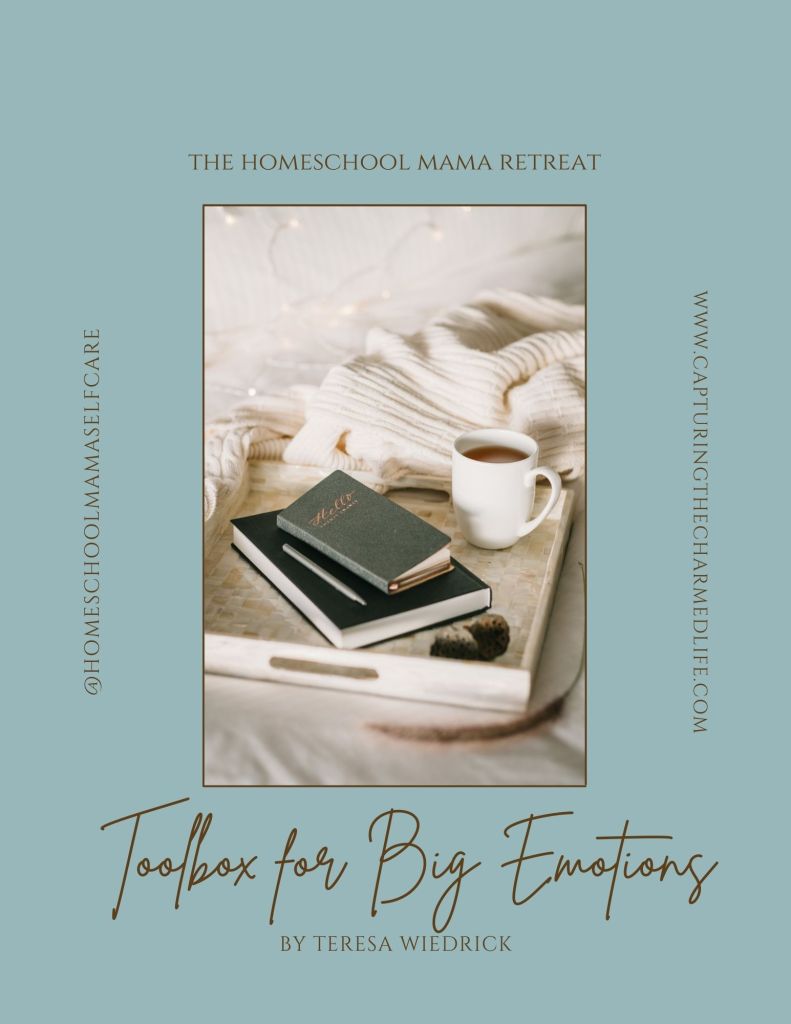 Journal questions that aid in your self-exploration, to get curious about what your triggers, know how to address them, and learn how to align your thought patterns, so you can show up on purpose in your homeschool.