How do we learn fractions in homeschool?

He doesn’t know WHY the probability is in his favour though, but his instincts are likely correct: he’ll likely lose a tooth faster than I.

How can we learn fractions in homeschool?

He spontaneously asks me how much 324 + 455 is. His natural inclinations are surfacing: he thinks in numbers.

Love that little guy; do not relate to his sensibilities. Math is work for me. My thesis for grad school will be: Why do Homeschool Parents have lower risks of Alzheimer’s. Naturally, this is a pure hypothesis at this point; no statistical research is to be found on this topic. I get a mental workout every day I check their work.

It’s a wonder to me how someone can recite times tables but not understand what they’re calculating. Or understand perimeter one month and the next month, write cm sq. next to their answer. I have seen this many times, with the kiddos that are weak in math and the ones strong in math. Math reinforcement is required over and over and over.

The discovery of the Math-U-See program has opened my eyes to really understanding math.

But WHY are we carrying the one. But WHY do we flip the thing and multiply? Memorizing formulas did nothing for me and it showed by the end of high school. I would still not attempt a high school level math exam…not yet, but I’m presently making my way through fractions: understanding numberators & dividinators (denominators) as Steve Demme likes to call them.

I love finding curious little ways to think about math, especially because I don’t naturally think in this language, beyond consumer math.

How do we learn fractions in homeschool?

Double a recipe, triple it for the bigger kids. Cut it in half.

Just yesterday we doubled the tiny waffle recipe and one of us understood that two ¾ cups is the same as 1 1/2 cups.

Become familiar with recognizing that 2/4 is the same as ½, what 5/8 looks like, or which fractions are larger than others, simply by sight. My kids love playing anything in the form of a game.

This silly little app grosses out moms but amuses children…and gets them thinking ALL things fractions…and other unmentionable things too.

…and require them to factor in the taxes…yes, this is decimals too. What fraction of the cost of this kite are you going to give to the government? Draw it in the form of a pie. Round our taxes down to 10% to make it easier–if you live where I live;)

…learn how many pieces fit into a pie cut in twelve, cut in fourths, cut in thirds, cut in eighths…

This game is so pretty, you might have to search for the pieces in their playhouse, and the kids will ask YOU to play.

6. Life of Fred and Teaching Textbooks

Life of Fred is a story approach to understanding math concepts…often funny stories that the children will enjoy.

Teaching Textbooks is a computer-based program that teaches and grades your child’s progress. It does the checking for you.

I add these two resources that I’ve not used myself, but know I will soon, because time and time again, I hear about them over and over and over…sometimes peer pressure has value.

Have you seen the Khan Academy videos, free and online? They’re making a name for themselves for a reason.

How about IXL.com? Multiplication.com? There are many sites or YouTube video options.

Though I know I’ll never gear my children’s education naturally toward mathematics, I continue to find helpful resources outside a math workbook. I’d love to hear what resources you use too. 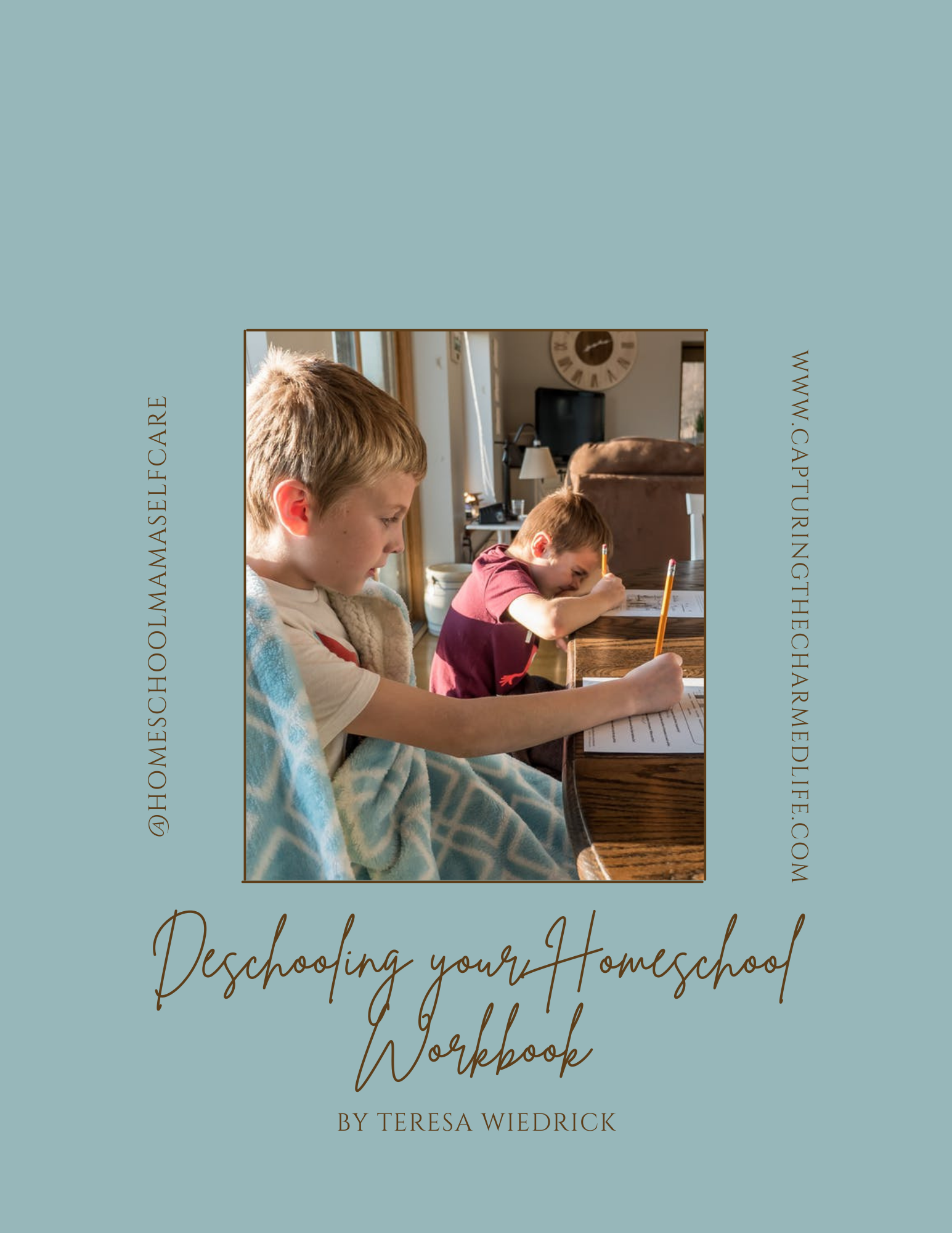 Deschool your homeschool journaling workbook that aids in your self-exploration, to get clear on how to bring freedom & individualization.